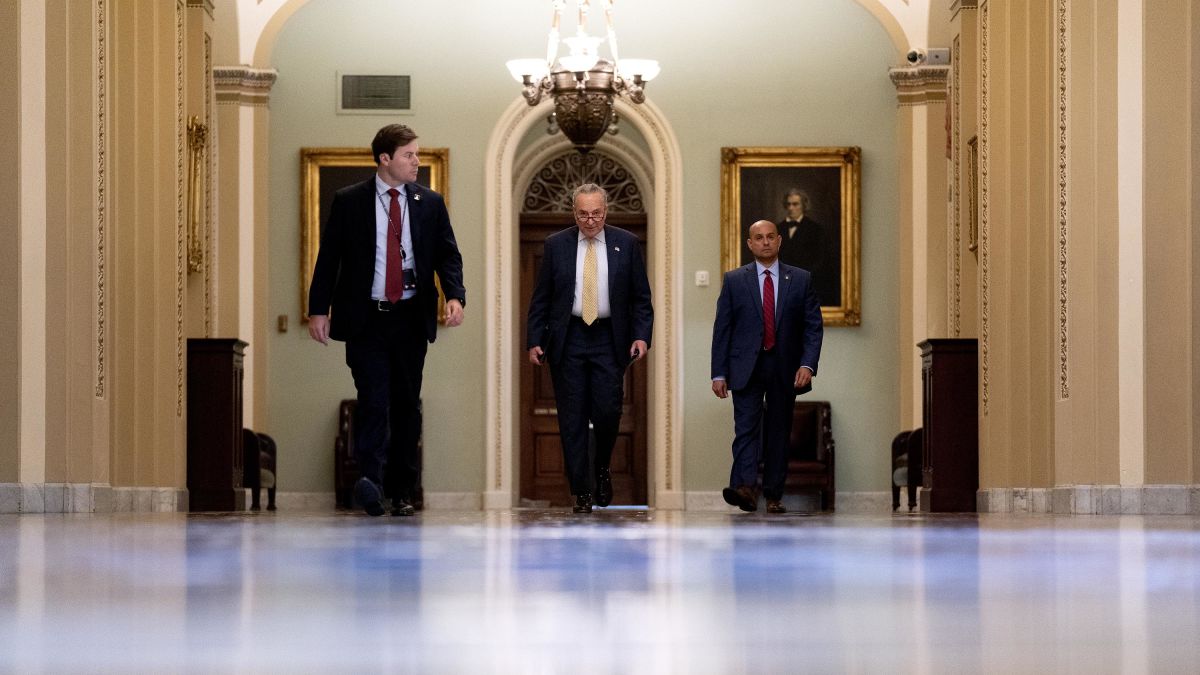 AUSTIN, Texas — Democrats are intensifying their demands for Congress to pass sweeping voting rights legislation, but even with the party in control of the House and the Senate, major obstacles remain.

Texas state Democratic lawmakers are calling for federal action after they derailed a restrictive voting bill, and President Joe Biden is sending a grim warning about Republican-led state efforts to restrict voting access.

Over the holiday weekend, Texas Democrats launched the most dramatic revolt yet against nationwide Republican bills to restrict voting by walking out of the state’s legislature — but their last-ditch effort may only yield temporary results as Republican Gov. Greg Abbott has pledged to bring up what he calls “election integrity” in a special legislative session.

But Democrats across the country are now pointing to Texas as an example of how to pull out all the stops to prevent restrictive voting bills from passing and are now ramping up the pressure on Biden to do more — and to worry less about bipartisanship.

Biden called the Texas legislation an “assault on democracy” and has urged Democrats to pass the “For the People Act” and the “John Lewis Voting Rights Act” to protect voting access and roll back discriminatory moves against minority voters.

Senate Majority Leader Chuck Schumer has said that the Senate will vote on S1, the “For the People Act” the week of June 21, a sweeping election bill that Democrats have made a centerpiece of their legislative agenda that would, among other priorities, counter state-level Republican efforts to restrict voting access.

“In the last week of the June work period, the week of June 21st, the Senate will vote on S.1 the For the People Act, legislation vital, vital to defending our democracy, reducing the influence of dark money, that pernicious influence of powerful special interests and stopping the wave of Republican voter suppression happening in states across the country in service of President Trump’s Big Lie,” Schumer said at a news conference late last week.

The “For the People Act” passed the Democratic-controlled House earlier this year. But it has since become mired in the Senate, where it lacks Democratic Sen. Joe Manchin’s support and faces a wall of resistance from Republicans. Manchin, along with Republicans and other moderate Democrats, also opposes abandoning the filibuster, which would lower the vote threshold needed for passage and allow it to pass with 51 votes instead of 60.

The issue highlights Democratic divisions as well as the constraints facing Biden and his agenda if the filibuster remains intact.

Texas Democratic Rep. Colin Allred said on Tuesday that even if the Senate version takes a different path from the House bill, it must advance in light of efforts to restrict voting access nationwide.

“To me, HR 1 doesn’t have to pass the way that it did in the House, but it can get through the Senate in some other form,” Allred told CNN’s Erin Burnett on “OutFront.” “But it has to get there. We can’t say that Senate rules are more important than our democracy.”

Schumer has hosted two Democratic-wide meetings on the legislation. Manchin attended the last meeting, but a source familiar with that meeting said he did not speak up even as some of his colleagues made spirited pleas for the Democratic caucus to abandon the filibuster to pass the landmark legislation.

While Manchin has said he won’t vote to abolish the filibuster, his anger surrounding the failed vote in the Senate on legislation to establish a bipartisan commission to investigate the January 6 insurrection, has raised the question of whether or not he will have a breaking point. On Friday, Manchin said of the commission vote, “I’m very disappointed, very frustrated. The politics is Trump, literally and figuratively.”

Manchin, a centrist from a red state, has argued, however, that voting legislation should be enacted on a bipartisan basis.

In their letter to House and Senate leaders, Manchin and Murkowski urged Congress to pass a version of the bill that could garner bipartisan support.

“Inaction is not an option,” they wrote. “Congress must come together — just as we have done time and again — to reaffirm our longstanding bipartisan commitment to free, accessible, and secure elections for all.”

But as partisan battles dominate voting rights debates in Washington and in the states, bipartisan compromise appears elusive on any of the federal voting bills.

The post Texas Democrats call on Congress to act on voting rights but key obstacles loom appeared first on KVIA.