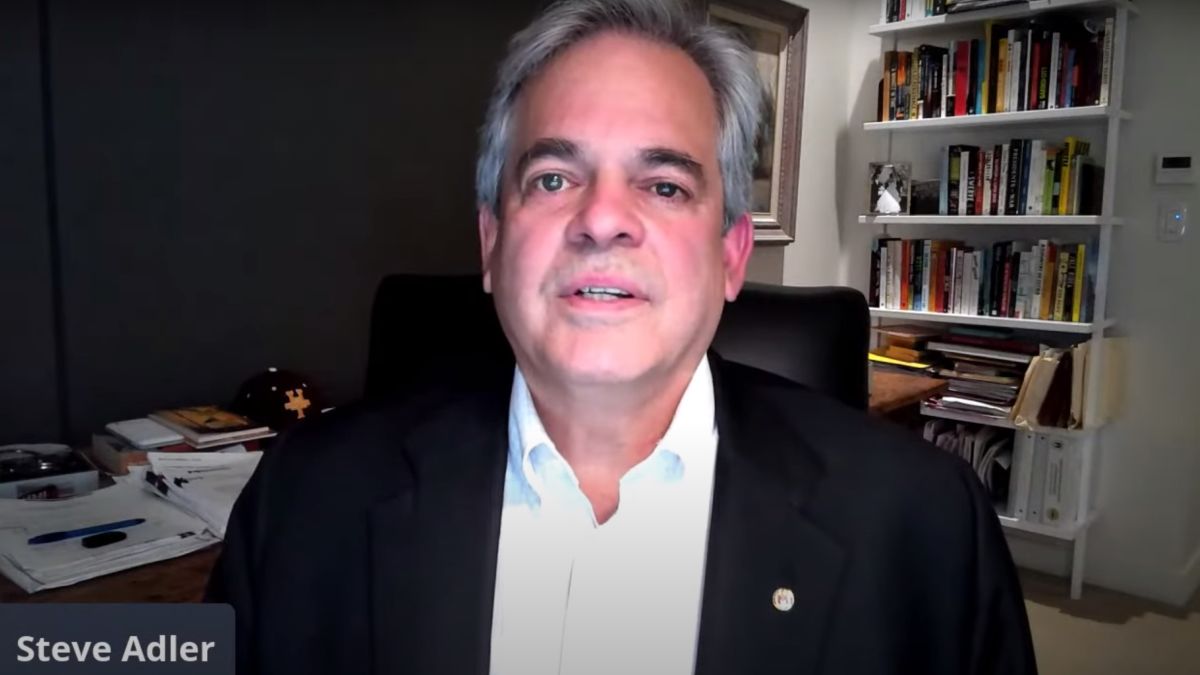 AUSTIN, Texas — Mayor Steve Adler of Austin said in a video posted on YouTube that he regrets traveling to Mexico in early November as he was urging people to be cautious about the spread of Covid-19.

“The first week of November, my daughter got married here in Austin, and like many other brides, she had to cancel her original plans in order to follow the rules, and instead she had a small mostly family, very private wedding,” he said. “Afterward, a small, mostly family group traveled to Mexico.”

“I want you to know that I regret that travel. I wouldn’t travel now. I didn’t over Thanksgiving, and I won’t over Christmas, and no one should. Everyone should be avoiding non-essential travel now because we are in the orange area,” he said.

Orange is Stage 4 on the Austin Public Health (APH) color-coded chart, according to the city’s website. The risk-based guidelines set out five stages of risk, from the lowest threat, Stage 1, through the most serious, Stage 5.

The chart is published to help residents of Austin-Travis County understand the stages of risk and provide recommendations on what people should do to stay safe during the Covid-19 pandemic, according to the website.

In the video message, Adler said, “Now, I fear that the travel that I did, which took place during a safer period, followed the color-coded rules, could lead to some taking riskier behavior now.”

At the time, Austin was under Stage 3 health recommendations, which meant people were advised to avoid social gatherings greater than 10 people, but there were no restrictions or recommendations made on avoiding non-essential travel, according to the city.

“I recognize that my travel set a bad example. I recognize that the fact that I took that trip, and at the same time, was continuing to urge people to be cautious is confusing,” he added.

“I know that others have chosen not to travel under the same circumstances, and I know that in my position, I need to send a clearer message. I’m sorry I took that trip. It was a lapse in judgment, and I want you to know that I apologize.”

Adler’s travels came to light when the Austin American-Statesman published an article on Wednesday that reported that a video Adler posted to Facebook on November 9 was taken during his stay in Cabo San Lucas, Mexico.

In the November 9 video, Adler talked about Covid-19 trends in Austin, saying, “The thrust of the most important message is trying to get out to the community right now is that our numbers are increasing, and everybody has to be aware of that, and we need to stay home if you can. Do everything you can to try to keep the numbers down. This is not the time to relax.”

Adler joins other politicians who have urged people to practice public health measures to limit the spread of coronavirus but have not always followed their own advice.

After voting to close outdoor dining last week, Los Angeles County Supervisor Sheila Kuehl was spotted eating at a restaurant just before the Wednesday order took effect. Similarly, San Jose Mayor Sam Liccardo spent Thanksgiving at his parents’ house with some of his siblings, breaking with guidance to limit meals to just three other households.

Liccardo apologized for his decision. “I understand my obligation as a public official to provide exemplary compliance with public health orders, and not to ignore them. I commit to do better,” he said.

After voting to prohibit outdoor dining for the next three weeks, Supervisor Kuehl did just that at a Santa Monica trattoria. “She ate there, taking appropriate precautions, and will not dine there again until our Public Health Orders permit,” said a statement from Kuehl’s office.

In Denver, hours after encouraging Denver residents to avoid Thanksgiving travel, the office of Mayor Michael Hancock confirmed he was flying to Mississippi to spend the holiday with his daughter and wife. Hancock issued an apology, which came after he posted a tweet stating that avoiding travel is a way to help reduce the spread of Covid-19 over the Thanksgiving holiday.

New York Gov. Andrew Cuomo canceled his plans to have a Thanksgiving meal with his 86-year-old mother and two of his daughters after facing criticism for his decision. Cuomo had previously warned New Yorkers who plan on holding Thanksgiving celebrations as usual that it was dangerous given that the virus can spread in large indoor gatherings.

In November, California Gov. Gavin Newsom apologized after attending a 50th birthday party at a restaurant for a political consultant and lobbyist. Photos obtained by KTTV in Los Angeles showed Newsom sitting closely with other guests at an outdoor table. No one was wearing a mask.

Newsom apologized after the dinner was reported in the San Francisco Chronicle, saying he made a mistake.

“I should have stood up and … drove back to my house,” Newsom said 10 days after the dinner. “The spirit of what I’m preaching all the time was contradicted. I need to preach and practice, not just preach.”

San Francisco Mayor London Breed attended a birthday dinner for socialite Gorretti Lo Lui at the same restaurant a day after Newsom. Three days after she dined at the restaurant, Breed announced that indoor dining would be prohibited due to rising cases and positive tests in the city.

In September, U.S. House Speaker Nancy Pelosi was criticized after her office acknowledged that she had gotten her hair styled inside a San Francisco hair salon, an apparent violation of the city’s Covid-19 safety regulations.

The post Austin mayor apologizes after he told residents to stay at home while vacationing in Mexico appeared first on KVIA.