Cowboys’ Gilbert to get his 1st NFL start vs. Steelers 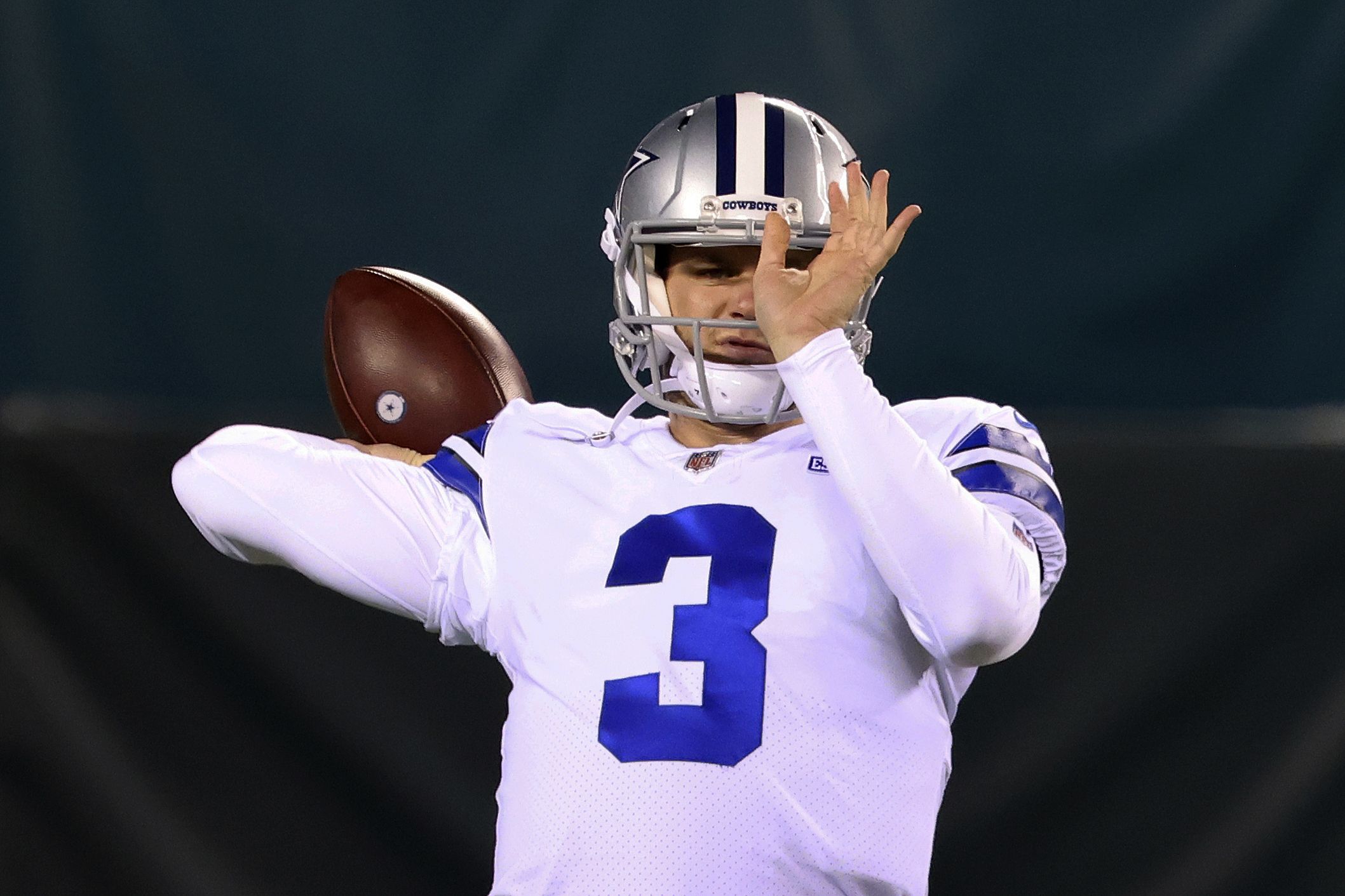 Cowboys’ Gilbert to get his 1st NFL start vs. Steelers

ARLINGTON, Texas — Garrett Gilbert appears set for his first NFL start for the Dallas Cowboys against the rival Pittsburgh Steelers.

The NFL Network, citing unidentified sources, reported the Cowboys planned to start Gilbert at home Sunday. Gilbert’s agent, Leigh Steinberg, posted on Twitter that he was traveling to “see Garrett Gilbert start” against the Steelers.

The Cowboys will start their fourth different quarterback in the past five games. Star Dak Prescott is out for the season after breaking his ankle in Week 5 against the New York Giants. Two weeks later, Andy Dalton was knocked out of a game in Washington because of a concussion and has since been placed on the Covid-19 list.

Ben DiNucci started last week’s 23-9 loss to Philadelphia, but the rookie seventh-round pick was so overmatched, coach Mike McCarthy said the starter against Pittsburgh would be either Gilbert or Cooper Rush. Neither has started an NFL game, but both have been in the league much longer than DiNucci.

Gilbert’s first start would come six years after he was drafted by the Rams. He has thrown six passes in his career. Dallas signed him off Cleveland’s practice squad after Prescott’s injury.

Rush was Prescott’s backup for most of three seasons before the Cowboys signed Andy Dalton in the offseason. Dalton started for nine years in Cincinnati before the Bengals drafted Joe Burrow No. 1 overall and moved on from Dalton.

Dallas waived Rush after signing Dalton, and Rush ended up on the practice squad of the New York Giants before his release in late September. Rush rejoined the Cowboys after Dalton’s concussion.

The Cowboys were expecting Dalton to return against Pittsburgh before the Covid-19 issue arose. McCarthy says Dalton should return late next week, when Dallas has its bye.

Gilbert is the son of former NFL quarterback Gale Gilbert, who was the backup to Jim Kelly on all four Buffalo teams that reached the Super Bowl in the 1990s. He started for the Texas Longhorns in 2010-11 before losing his job and eventually transferring to SMU.

The post Cowboys’ Gilbert to get his 1st NFL start vs. Steelers appeared first on KVIA.